Rice/fish farming in Madagascar: a practice that should become a reference - Détours Madagascar

Rice/fish farming in Madagascar: a practice that should become a reference

Rice represents more than 40% of the agricultural income sources of Malagasy households. The rice/fish system has always existed in Madagascar, but with rice/fish farming, fish production becomes more significant. This sustainable farming technique is perfectly adapted to the Malagasy agriculture, especially as it would help to combat malnutrition and poverty. But how does it work? How can we do this?

FAO defines rice/fish farming as growing rice and farming fish or shrimp in the same rice field. In Madagascar, rice/fish farmers grow mainly carp, but also tilapia and gouramis. This type of farming provides a protein source in a rice-based diet and a source of income in a society with a vulnerable economy.

Even if the areas used for rice cultivation are reduced due to the implementation of specific essential facilities (refuge canals, dikes, etc.), rice production remains the same or even increases. This is because the fish’s multiple advantages:

·         an action similar to hoeing, which favors plant tillering. 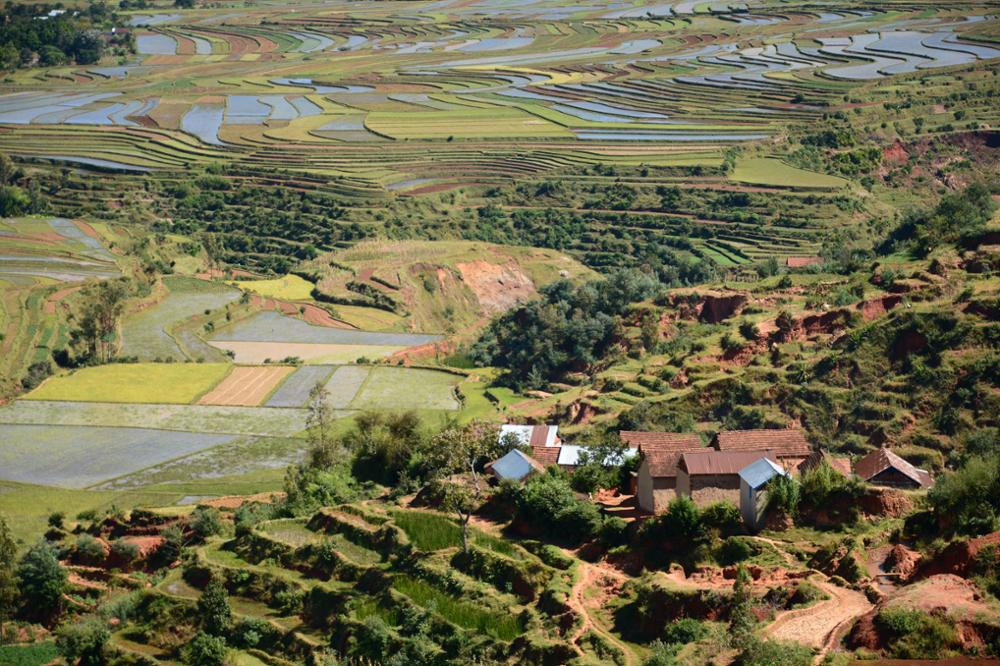 How does it work?

Rice/fish farming can take two forms, namely the natural rice/fish system and the rice/fish cropping system. In the first case, fish enter the rice field naturally through water exchanges during the rainy season or when the rice fields are flooded. In the second case, fish are introduced by humans and their growth is controlled. Malagasy people use feed to make carp grow.

In all cases, fish are still found in rice fields naturally, but in smaller quantities than in rice/fish farming. By setting up infrastructures more adapted to fish development, the simple farmer becomes a rice/fish farmer with two sources of income. He will actually have to set up:

·         a refuge pond for fish during the planting or harvesting season, or when the water in the rice field is dry

The little fishes (previously purchased or raised in the refuge pond) are introduced after the rice is planted. Malagasy farmers appreciate carp because they are easy to raise. Tilapia are also easy to produce, but they have less taste and keep other species away.

Is it a common type of farming in Madagascar?

Rice/fish farming has always existed in Madagascar since the natural rice/fish system has always been exploited, even though not fully. At each rice harvest, farmers also harvest fish (carp, eels, tilapia, etc.) and sell them in some cases. They only needed to learn how to arrange the rice fields in order to obtain larger and more fish, and to improve rice production.

In response to poverty and malnutrition (the latter being responsible for 40% of child mortality), a project was launched in 2014 aiming at promoting carp aquaculture in the highlands of Madagascar’s rice fields, in this case in the regions of Haute Matsiatra, mostly in the heart of the Vavavato in Vakinankaratra, Itasy and Amoron'i Mania. 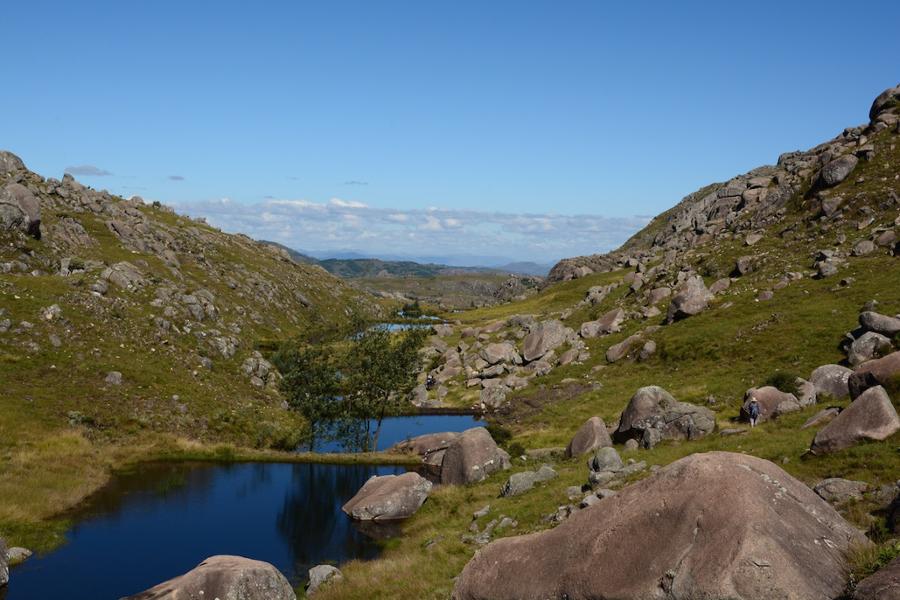 These four regions were chosen because they alone concentrate more than 20% of Malagasy people living below the poverty line. In these regions, children suffering from chronic malnutrition are on average more than 50% or even much more.

Rice/fish farming is currently increasing because it is easy to get into and because it represents a lot of money. A kilo of freshwater fish is worth 10,000 ariary to 16,000 ariary. The feedstock used for fish grow-out is also easily accessible and fairly inexpensive.

Can it be one of the levers to ensure food security in Madagascar?

In Madagascar, eating a meal means eating rice in large quantities! A 3-person family eats on average about 2 kg of rice per day if they can afford it. This always surprises travellers during their stay in Madagascar! This kind of diet is not "healthy", but Malagasy people are used to it! As their daily work is mostly physical and hard (80% farmers), this calorie intake is necessary.

In the countryside, far from large cities’ pollution, people apparently have a fairly high life expectancy since we meet many people in their 90s and 100s. They do not eat a lot of meat, but regularly eat vegetables and legumes. Beef, chicken and fish are eaten on special occasions and during celebrations.

In areas where children are malnourished and sometimes die from it, not only food is lacking in variety, but also in quantity. While rice farming households consume on average about 70% of their production, they sell most of the fish because of the money it represents.

To further encourage self-consumption, farmers should still be made aware of the important nutritional intakes that fish can provide:

Eating fish can certainly combat malnutrition in Madagascar, but the Malagasy people still need to be convinced. The concept of healthy eating is foreign to them or is different for their point of view. Moreover, Malagasy gastronomic culture is relatively poor. Malagasy people know very few fish dishes: fish in tomato sauce with onions, fried fish and carp with bambara peas. For those who eat pork, it is added to eels.

Combating malnutrition and ensuring food security in Madagascar is not only about helping farmers produce more sources of protein, nutrients, minerals, fibre, etc., but also about convincing them to eat differently. The task is complex!

Culture and TraditionFlora and FaunaSocietyTourism
Related articles
Ambila: a green village between the Pangalanes Canal and the Indian Ocean
Nosy Iranja: a beautiful secret island recommended by Vogue magazine among 9 other islands
Whale shark, rays, whale, turtles, dolphins ... The exceptional is in Nosy Be
The bewitching Far South of Madagascar
Timeless magic of the Mozambique Channel
Archives
Tags
Tourism (11)Flora and Fauna (7)People and Ethnicities (5)News (2)Culture and Tradition (1)Gastronomy (1)Society (1)