In Malagasy history and culture, open markets are associated with the notion of space and time. At the time of the Malagasy kingdoms, the markets were created by associating a day of the week with a specific place. Throughout Madagascar, the markets bear the names of the days of the week, even if today they are sometimes held for two days or even every day.

They allow to discover the local crafts and products, fruits and vegetables of different colors ... Previously, the market (tsena) was called fihaonana (meeting place), because it was the occasion for people to meet, to discuss, to build business alliances, to share news ... For those who are traveling in Madagascar, local markets are a must for acquiring beautiful memories!

The Zoma market where you can find everything

Today, there is only a small portion of the Zoma (Friday) market place, but when it was still in place, it occupied the entire Avenue of Independence (Antananarivo), from Soarano station to Andohan'Analakely. Merchants can still be found spreading some goods on the sidewalks, but before 1997, it was the largest open-air market in the world, stretching for about a kilometer.

No traffic was possible because the stands (covered with slats of famous white umbrellas) occupied the streets. However, as the avenue is the nerve center of the city, we could no longer afford to block this central artery. In addition, insalubrity and insecurity reigned there! Of our days, there are always the pavilions and the stalls of fruits and vegetables. Shops and shops of all kinds have also flourished! You can find everything there ! 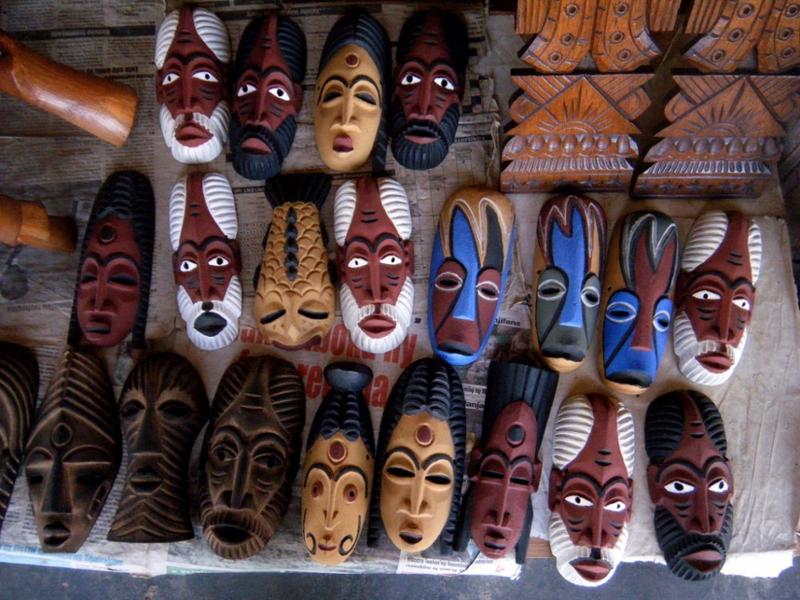 The Mahamasina Market and its thrift stores

The most famous Thursday market is Mahamasina, in Antananarivo, around the Municipal Stadium. Second-hand clothing items make the place famous. This is the place where Tananarivians go to find clothes, shoes, bags, linens, fabrics, mattresses, kitchen utensils, furniture, phones, fruits and vegetables,…

Here, a portion of the streets is blocked, but the traffic is not totally disturbed. Except, now that merchants invade sidewalks, bus shelters and even a portion of the pavement. More and more small traders come to swell the ranks, extending the market on the streets leading to Anosy and Ambohijanahary. 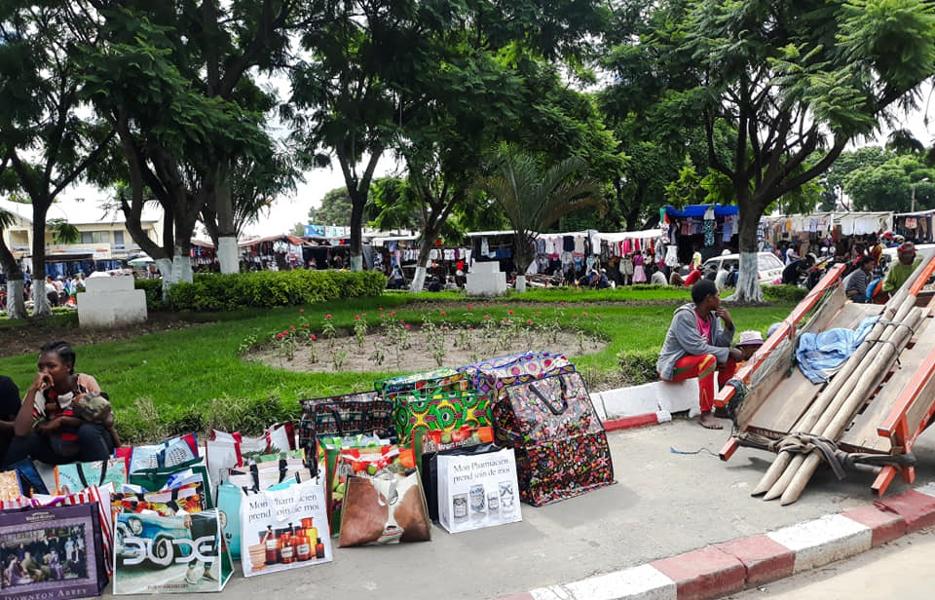 The largest zebus market in Madagascar

The most famous Wednesday market is Ambalavao, a zebu market, the largest of the Big Island. Located 480 km south of the capital and about 57 km south of Fianarantsoa, this city hosts humpback bovines on 2 hectares. Very impressive to see!

The buyers scrutinize the animals before bargaining with the owners dressed most of the time in lamba (large traditional fabrics). Here, zebu is a sacred animal and very useful in everyday life, pulling carts for transport and plows in rice fields and fields. The tombs are adorned with skulls of zebus, the number of which shows the wealth of the deceased. 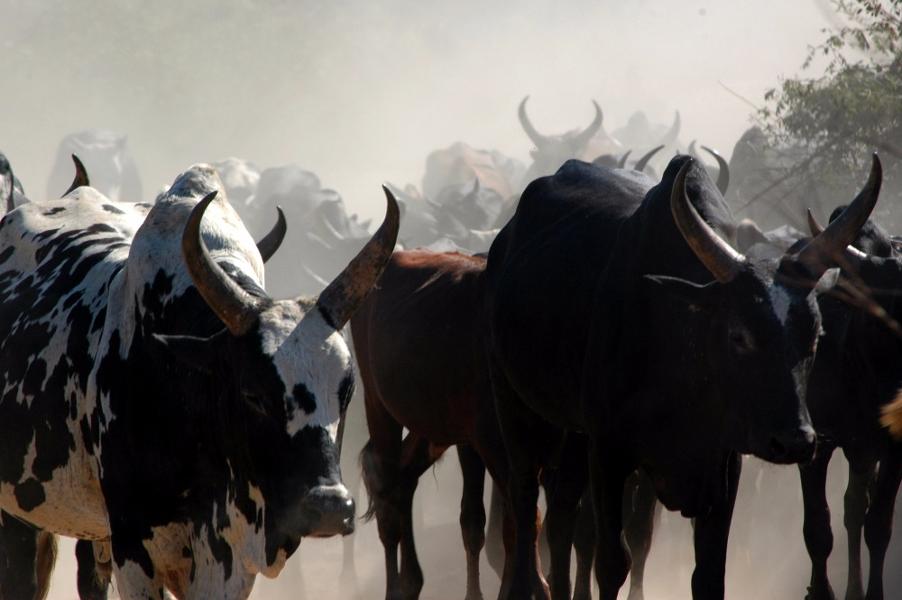 The best way to discover the Talata market (Tuesday) is to include a stop when visiting the rova (palace) of Ambohimanga, one of the twelve sacred hills. Indeed, the rural commune of Talata-Volonondry (where the tsena takes place) is on the national road no.3, North of Antananarivo, on the road leading to the sacred hills: Ilafy, Namehana (Sabotsy-Namehana), Ambohimanga or Ambohidrabiby.

We appreciate the wooded sites along the road so as not to get impatient with the idea of eating the famous koba (rice cakes stuffed with caramelized peanuts) or the sausages that make Talata-Volonondry famous. For others, the market allows you to buy fresh agricultural products. 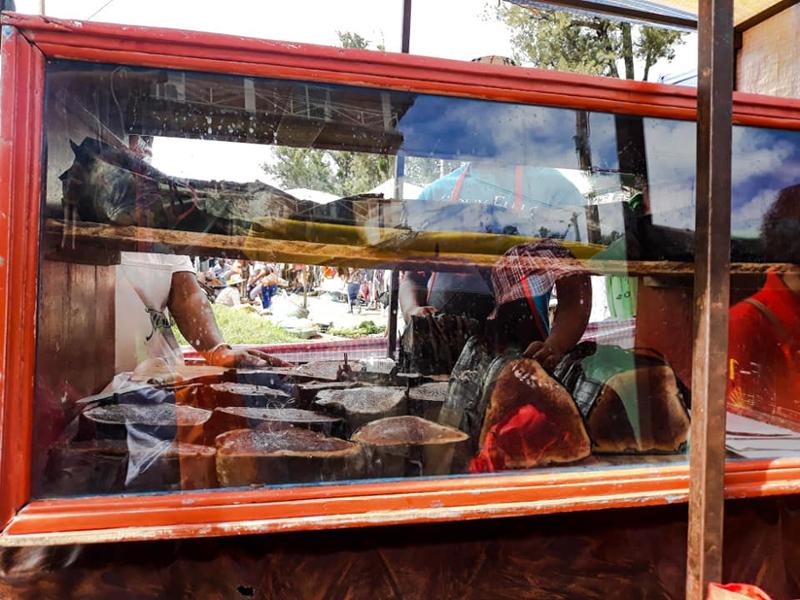 The market of Sabotsy, the Zoma of Antsirabe

Vakinankaratra is known as the country's breadbasket, as volcanic lands are particularly arable and vast. Agricultural products from this region are sold at the Sabotsy market (Saturday) in the city of Antsirabe. In the 90s, the market was spread over ten hectares, consisting of stalls with small chairs, wooden tables and handmade umbrellas.

Today, the market has been cemented and concreted on a 4.5-hectare site. It is the largest market in the Indian Ocean, with the fruit and vegetable shed alone covering 1,500 m². The stalls offer a magnificent kaleidoscope of colors: oranges, watermelons, mangos, litchis, jujubes, cinnamon apples ... Of course, there are many other products, from seafood to clothing and handicrafts. 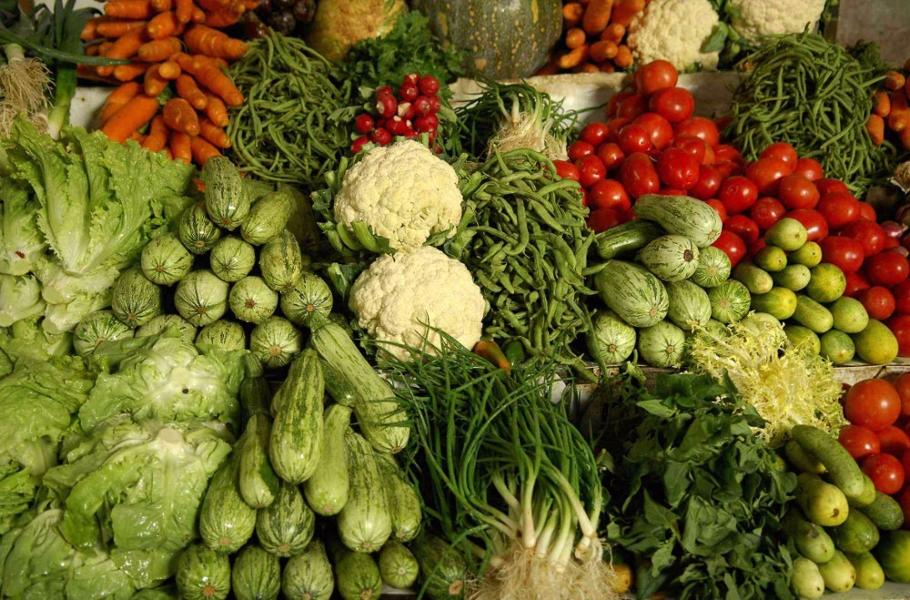